Our website is updating products and materials from time to time. If there's no product found in your search, please contact us at +60162152432 or email info@rti.com.my for  inquiry. We will respond accordingly. Thank you. 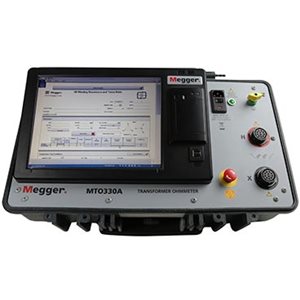 The MTO 300 series delivers full eight-terminal/six-winding resistance measurement capability. It is designed to save time for the user by testing all normal 6 windings without having to disconnect and reconnect leads during testing.

The MTO3xx series also shares the Megger TTR300 series lead set. Users who test both turns ratio and winding resistance can save time and money since only one lead set is needed to connect to the transformer.